Each week Nikolas Badminton, Futurist Speaker, summarizes the top-5 future looking developments and news items that I find to be inspiring, interesting, concerning, or downright strange. Each day I read through dozens of blogs and news websites to find those things that we should be aware of.
Top-5 Futures for October 2nd – Robot Revolution. This week we see China’s robot revolution, robots taking our jobs, bionic eye implants, Virtual Reality (VR) simulators, and some future forward poetry.

In China’s factories, the robots are rising.
For decades, manufacturers employed waves of young migrant workers from China’s countryside to work at countless factories in coastal provinces, churning out cheap toys, clothing and electronics that helped power the country’s economic ascent.
Now, factories are rapidly replacing those workers with automation, a pivot that’s encouraged by rising wages and new official directives aimed at helping the country move away from low-cost manufacturing as the supply of young, pliant workers shrinks. 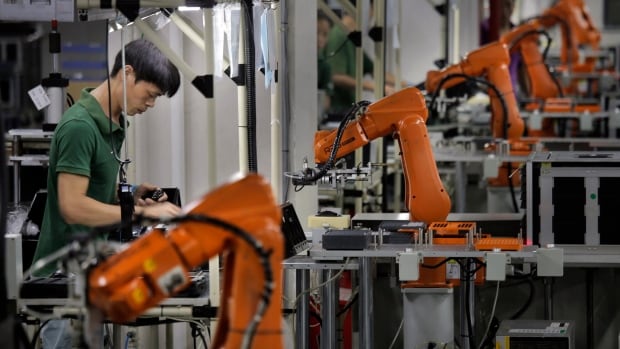 Be afraid, be very afraid: the robots are coming and they will destroy our livelihoods

They are coming to an office near you: job-gobbling robots that can do your work better and more cheaply than you can. One in three jobs could be taken over by a computer or a robot in the next 20 years. Most at risk are less skilled workers such as machine operators, postmen, care workers and professional drivers. The CEO of Uber, the ride-sharing company, recently said that his goal is to replace all the firm’s drivers with autonomous cars.
But it’s not just blue-collar workers who are under threat. The relentless drive to replace expensive humans with artificial intelligence poses a threat to better paid jobs too. People whose work requires uniquely human skills, such as teachers, priests, and social workers, are likely to be safe. But already in law firms, junior lawyers are being replaced by software that can scan reams of documents in search of evidence; and in hospitals the role of pharmacists is being taken over by drug-dispensing robots. What’s worse, the people gaining from all this disruption are those already rich enough to own the technology and algorithms. Many experts are warning of a ‘winner takes all’ world of billionaires and beggars which will lead to increasing social unrest.

Bionic Lens could give you vision 3x better than 20/20

Imagine being able to see three times better than 20/20 vision without wearing glasses or contacts — even at age 100 or more — with the help of bionic lenses implanted in your eyes.
Dr. Garth Webb, an optometrist in British Columbia who invented the Ocumetics Bionic Lens, says patients would have perfect vision and that driving glasses, progressive lenses and contact lenses would become a dim memory as the eye-care industry is transformed.

Dr. Garth Webb says the bionic lens would allow people to see to infinity and replace the need for eyeglasses and contact lenses. (Darryl Dyck/Canadian Press)

Webb says people who have the specialized lenses surgically inserted would never get cataracts because their natural lenses, which decay over time, would have been replaced.
Perfect eyesight would result “no matter how crummy your eyes are,” Webb says, adding the Bionic Lens would be an option for someone who depends on corrective lenses and is over about age 25, when the eye structures are fully developed.
“This is vision enhancement that the world has never seen before,” he says, showing a Bionic Lens, which looks like a tiny button.
“If you can just barely see the clock at 10 feet, when you get the Bionic Lens you can see the clock at 30 feet away,” says Webb, demonstrating how a custom-made lens that folded like a taco in a saline-filled syringe would be placed in an eye, where it would unravel itself within 10 seconds. 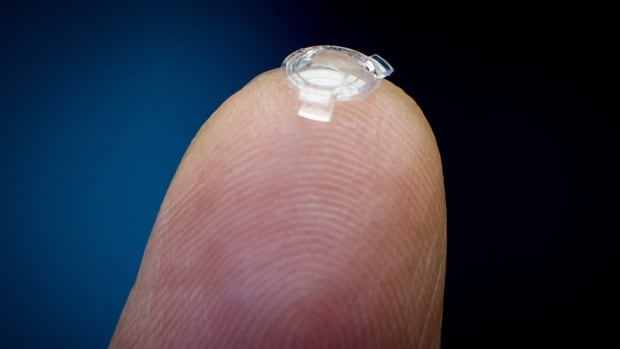 Under the lead of Professor Heinrich Bülthoff from the Tübingen-based Max Planck Institute for Biological Cybernetics, Fraunhofer IPA has co-developed a new cable-driven parallel robot. The simulator incorporates a virtual reality headset and a carbon fibre cage suspended in mid-air. It is capable of setting new standards in terms of workspace, acceleration and payload for a motion simulator.
The Cable Robot Simulator was unveiled to the public earlier this month at the Driving Simulation Conference & Exhibition in Tübingen.
Cable robots have been used before in production environments, being freely moved with high accuracy by up to eight cables and winches, and now a cable-driven motion simulator has been realized for the first time.

All Watched Over By Machines Of Loving Grace

I like to think (and
the sooner the better!)
of a cybernetic meadow
where mammals and computers
live together in mutually
programming harmony
like pure water
touching clear sky.

I like to think
(right now, please!)
of a cybernetic forest
filled with pines and electronics
where deer stroll peacefully
past computers
as if they were flowers
with spinning blossoms.

I like to think
(it has to be!)
of a cybernetic ecology
where we are free of our labors
and joined back to nature,
returned to our mammal
brothers and sisters,
and all watched over
by machines of loving grace.